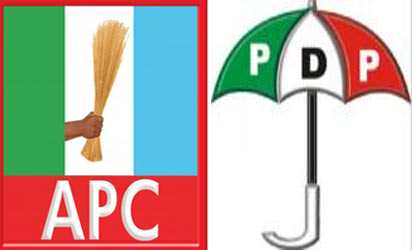 As Lagosians get ready to vote the next governor of Lagos State, recent polls have suggested that majority of eligible voters in the state are yet to decide on who to vote for.

While some say they will vote for candidate of the All Progressives Congress (APC), Akinwumi Ambode, others say their choice is Jimi Agbaje of the People’s Democratic Party (PDP).

A poll conducted by leading country-specific polling services company, NOI Polls, in collaboration with ANAP Foundation, a non-profit organisation that is committed to promoting good governance, showed that out of the people who have decided who to vote for, 26 percent intends to vote Ambode, while 21 percent wants Agbaje.

However, Ambode’s 5 percent lead may not be significant after all, as no one can say where the pendulum of the 31 percent who are yet to decide will swing. A good number of the 19 percent who wants to keep their choices confidential may also be voting for either of the two candidates.

If the results of this poll is anything to go by, the Lagos State governorship election will be keenly contested and the eventual winner will only claim victory by a very slim margin.

The governorship election holds on February 28 across the country.

See results of poll below: 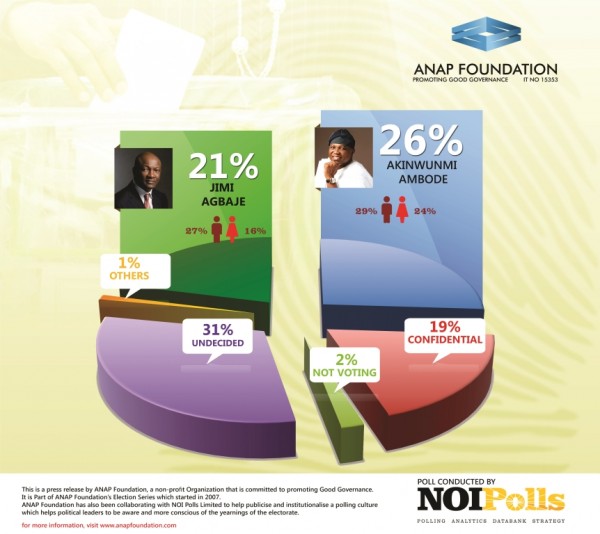