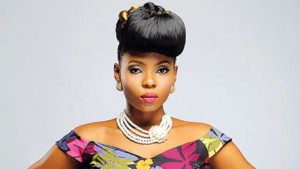 As most of our Nigerian celebrities like to do, Yemi Alade has told us about how she made it from grass to grace.

Yemi Alade sat down for a #MySuperStarStory session where she shed light on her journey in music up to this point.

The ‘Johnny‘ singer said she had to beg for free studio time because she did not have enough funds to book a studio session.

According to her, there were even times when she would have to scrape some money together to buy fuel to run the studio generator before she could be recorded.

“I was slated to perform at a big concert, but a known comedian came kicked me out” “He said who knows you… I went home, got on my knees and cried to God” recollected Yemi Alade.

Her turning point, she said, was ‘Johnny’ which changed her life forever. “God brought that song my way without telling me He was going to bless me” she said with a large smile across her face.

Yemi Alade released her debut album ‘King Of Queens‘ in 2014.

Shame on the Media for the Way They Reported About the...

Who Will Win The Confederations Cup?