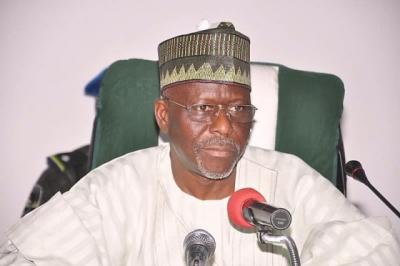 The Kogi State Government on Monday reversed its earlier decision to slash workers’ salaries by 60 per cent.

The Chairman of the state chapter of the NLC, Onu Edoka, announced this to newsmen in Lokoja after a meeting with a government delegation.

He said all workers would receive their April salaries in full, while discussion on the May salary had been put on hold pending the arrival of the state governor from a foreign trip.

According to him, the government has agreed to commence payment of April salaries from May 20.

Mr. Edoka, who was flanked by other officers of NLC, said that the government had also agreed to pay outstanding 2013 leave allowances to workers in the Teaching Service Commission, Hospital Management Board and other agencies.

The NLC advised all workers to remain calm and be law abiding, explaining that the delay in the payment of April salaries was due to its insistence that workers should get full pay against government’s plan to slash salaries.

The Head of Civil Service in the state, Moses Atakpa, who led the Government’s delegation at the meeting, confirmed that the government had agreed to pay full salaries to all categories of workers for the month of April.

He commended the leadership of the NLC for its maturity and the entire workers for their patience, saying that the approach of NLC on the issue had helped in stabilising the civil service.

Mr. Atakpa also commended the governor for his fatherly approach to governance in the state. (NAN)

NLC Threaten To Shut Down Banks For Sacking Workers

We Will Spend A Lot Of Money Next Season As Well...