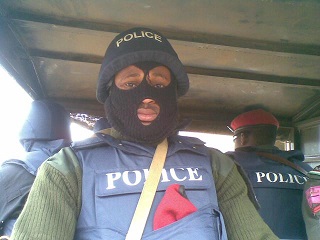 Kano State Commissioner of Police, Muhammad Katsina, said on Saturday that he had deployed additional mobile police officers to Falgore forest along Kano-Jos road to enhance security.The commissioner said the deployment became necessary to reduce the activities of hoodlums in the forest.

“Recently, I visited the forest to assess the security situation in the area, where I promised to send more policemen to the area to ensure effective patrol and surveillance”, he said.

He said the decision was borne out of his resolve to address the activities of armed robbers and other criminals who attack innocent motorists along Kano-Jos road.

“The deployment of more police personnel to the area is part of the measures I intend to take to reduce the activities of bandits particularly in the forest”, he said.

He assured the communities living along the highway that the command had taken adequate security measures to flush out criminals from their hideouts in the area.

The commissioner, however, solicited the cooperation of people in the area particularly rural dwellers in providing the necessary information to the police to curb crime. (NAN)

Barca Players Make Up Nearly Half Of Uefa’s 2015 Team