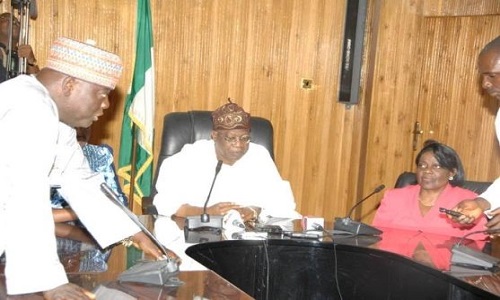 In Abuja at the weekend, the Information and Culture Minister, Alhaji Lai Mohammed, says the Federal Government has done “very” well in the fight against corruption and terrorism in the country.

The minister stated that one major achievement of the Federal Government’s fight against corruption is that for the first time in a long time, people have begun to appreciate the fact that corruption is an ill.

He said that in its anti-corruption war, the present administration would go beyond prosecuting people, to changing the way Nigerians did things.

Mohammed, therefore, said that the government would soon launch its change initiative tagged: “Change begins with me”.

“We did campaign majorly on creating jobs for our youth, building the economy, fighting corruption, and addressing insecurity.

“But beyond prosecuting people, this administration is bent on changing the way Nigerians do things.

“And this is why this administration is going to start very soon a massive campaign to re-orientate Nigerians to let them know that they cannot continue to do things the same way and expect different results.

“It is not all about criminalising people, who have been corrupt; of course if you have been corrupt we are going to follow due process; but it is more about a total change, total sanitising of our society.

“We are working very hard to break our campaign, which is `Change begins with me’.

“ Every Nigerian wants change, but they do not know that that change is embedded in them.”

He urged Nigerians to embrace the change initiative in order to promote development at all levels of the society.

The minister said that corruption and indiscipline were worse at the lower level of the society because the people at that level “have no good example to look up to’’.

“Corruption, indiscipline is even worse at the lower level of the stratum and you cannot blamed them, because they have no good example to look up to.

“I think Nigeria is fortunate today that we have a leadership, the President himself, who has shown by his examples that this change is possible.

“But we are not going to leave it to the president alone, we are going to involve everybody; when we show good example it is easier for people to follow.

Mohammed also urged Nigerians to always strive to promote the image of the country, saying that marketing the positive aspects of the country would change the way the country was perceived by the international community.

“The challenges Nigeria is facing today are small compared to challenges being faced in other parts of the world.

“Yet this perception in other parts of the world is being managed and nobody really notices them.

“We on our part have to market Nigeria vigorously; we have to look at those areas that are positive and market them while we are addressing and tackling the issues of insurgency here and there.”

The Top SIP Trunking Providers of 2014, Announced by VoipReview.org

Marcus Rashford Must Mix His Game Up – Giggs