The people of Agbor Alidinma, Ika South Local Government Area of Delta State, yesterday showed their stiff reactions to homosexuality by publicly disgraced two relatives that were reportedly caught engaging in the act.

According to a report, a man identified as Mr. Monday Ehikwe was caught in the homosexual with his nephew, Godwin Chukwueku Okwuoseh, in one of the buildings in the area.

The suspected gay lovers were caught by the vigilante group attached to the community and handed over to the Okpala, the spiritual head of Agbor-Alidinma and his council of chiefs.

The spiritual head and his council of chiefs in turn handed Messrs Ehikwe and Okwuoseh over to the Chief Priest of a shrine for spiritual cleansing and administration of first step traditional oath on them.

The suspected homosexuals were instructed to pay a fine of N25,000 each and to return to the shrine on January, 2016, with one native cow for final traditional bath.

They were further directed to come along with 36 native chalks, 50 cola nuts, two red cloths each and 20 tuber of yams for the final cleaning rites. [National Helm] 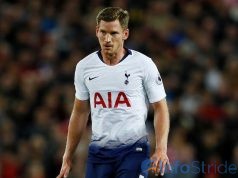 Governor Mimiko Enlightens Lai Mohammed On How To Talk Like A...

In Central African Republic, ‘more children will die from malnutrition than...