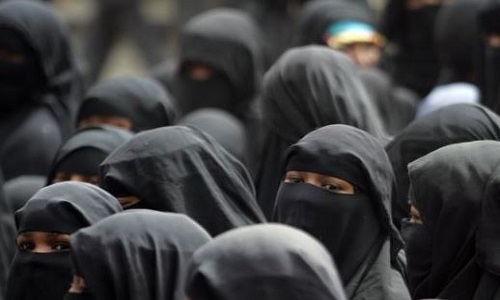 ECOWAS leaders are currently studying a proposal to “forbid” women wearing full-face veils in a bid to curtail the growing number of female suicide bombers.

The leaders, who met last week in Abuja, are considering a ban of the full-face veils in the region, popular with Muslim women, following the use of teenage girls dressed in such outfits, as suicide bombers by Boko Haram terrorists.

As it loses swathes of previously held territories in the North-East to the Nigerian Army, Boko Haram have in recent months started launching guerilla-style attacks, using young women and girls as suicide bombers by hiding explosives under their clothes.

The insurgents have used the tactic in Cameroon, Chad and Niger – countries that have already enforced bans on veils earlier this year – with devastating effect.

Nigeria, which has suffered the highest casualty of Boko Haram insurgency, has refused to heed calls from concerned citizens for the ban of full-face veils, largely due to the religious complexities of the country.

The Northeastern region of Nigeria, which is the hotbed of Boko Haram insurgency, is predominantly Muslim, which led some religious leaders and Islamic organizations to argue that banning the veil among Muslim women would amount to stereotyping and further isolate the citizenry in the area from cooperating with security agencies in their bid to crush the insurgency.

The President of the Economic Community of West African States (ECOWAS) Commission, Kadre Desire Ouedraogo, told newsmen at the close of a two-day summit in Abuja at the weekend that leaders must take “measures that would forbid the kind of dress that will not allow security personnel to be sure of their identities”. [ECOWAS]

BBA Tayo And Princess Shyngle Dazzle On Cover Of ‘House Of...