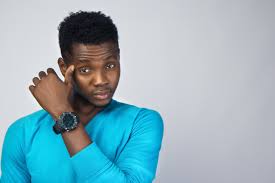 Kiss Daniel announces the release of his debut album titled “New Era” scheduled to be released in May 2016.

The artiste who has been behind such successful hits songs such as ‘Woju’, ‘Laye’ and more recently ‘Good Time’ announced this via his Instagram page earlier today.

Referring to his fans, Kiss Daniel said “You gave me the inspiration needed to prepare this “love potion”. He went to announce that that the official single off the new album would be dropping soon.

“It was difficult picking from the over 150 songs I have recorded over the time I have been signed to G-WORLDWIDE Entertainment, but I assure you that what you will hear on this new album is the very best of the lot”.

‘’I want to appreciate my FANS for this… You gave me the inspiration needed to prepare this ‘love potion’ ALBUM : NEW ERA!… Thank you God for fueling my spirit when I nearly gave up, I dedicate this to you PAPA and POP.
NEW ERA album drops in May,2016 and new single from the album drops soon.

Kiss Daniel started his music career professionally in 2013 after his tertiary education, when he came across G-Worldwide Entertainment CEO, Emperor Geezy. After being signed to G-Worldwide entertainment, he released his first official single ‘Shoye’ which was produced by Beatburx on May 1, 2014, along with a music video directed by MEX.

The singer released his second single ‘Woju’, produced by Dj Coublon on September 1, 2014. The song spent eleven weeks on the MTV Base Official Naija Top Ten, including six weeks at the number one spot.

Daniel then recorded and released a remix of ‘Woju’ featuring Tiwa Savage and Davido. ‘Woju’ and its remix peaked at Number 1 and Number 2 respectively on the MTV Base Official Naija Top 10, the first time that an original song and its remix would peak at the first and second positions on the chart. A cover of the song performed by 2face Idibia also appeared online.

In May 2015, the singer released a third follow up single ‘Laye’ on his birthday. In September 2015, Daniel won two awards within the space of three weeks such as Nigeria Entertainment Awards / Best New Act of the Year (2015)

Kiss Daniel’s latest single ‘Good Time’ has continued to get major airplay both on TV and Radio with Wizkid jumping on it with his cover, and music industry stakeholders have continued to affirm that his upcoming album is one that will transcend African shores and make a name for him as a truly global brand out of Nigeria.