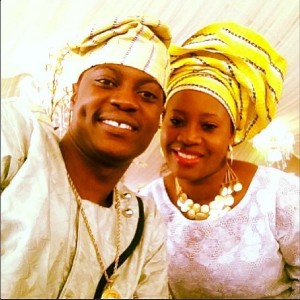 This follows the release of Kuku no worry and the well received ‘Hello baale’.

The new album will also feature acts such as 2baba, Sarkodie, Patoranking, Olamide amongst others.

Sound Sultan is currently signed to record label, Naija Ninja – an imprint he set up after leaving Kennis Music in 2008.

He released four albums with the label owned by Kenny ‘Keke’Ogunbe and Dayo ‘D1’ Adeneye, and they all went on to enjoy commercial patronage and followership. This made him one of the most impressive musicians at the time.

His last two albums, which he released on his current record label have also enjoyed commercial success.

The tune ‘African lady’ was produced by Teeymix.

Nigerians Have To Be Patient With Buhari – NACOMYO

I Knew I Had A Dominant Creative Side – Ramsey Nouah

My Daughter Are My Besties – Queen Nwokoye