Babatunde Fashola, the Minister of Power, Works and Housing, has said scarcity of fund is not the major challenge to the completion of ongoing Federal Government’s road projects.

Fashola spoke to reporters on Saturday in Port Harcourt after an inspection tour of ongoing road projects in the South-South zone.

“There is no problem of paucity of fund on this road again; this road is now a function of man hours.

“If you have all the money needed to construct this road, you would not finish it today.

“So let us understand that these roads are built long and wide, and so will take years to be completed because roads are connecting several states.

“As we are building, it will get better but funding is not going to be a problem on this road again because we make sure that the contractor are paid,” he said.

He said the contractors handling the road projects would be paid based on presentation of certificate of performance.

Fashola also cautioned contractors against the use of budgetary provisions as excuse not to be on site, adding that the budget had not solved the problem in the past.

“As at the time we had money, when a barrel of oil sells for 100 dollars per barrel, we did not take the issue of roads seriously, because the capital budget then use to be 15 per cent.

“It is Buhari’s administration that is increasing capital budget to 30 per cent, which means that this government is taking the issue of roads seriously and that is why we are here.

READ  Except Social Distancing That We Already Know, PMB Has No Other Answer - PDP

“Contractors are coming to site after three years of lay off and as you pay a contractor, you are invariably bring people back to work, and that is the commitment that I made,” he said.

The minister further expressed dismay over the failure of the past administration to fund the projects it originated.

“You heard the contractors saying they were not able to continue with the projects because funds were not released until December, 2016.

“You also heard from all the sites we visited that contractors were not paid for three to four years and that was at a time we were having income of 100 dollars per barrel of oil.

“People were laid off by the contractors, they could not continue the projects, so the foundation for the recession was built three years.

“In spite of the fall in oil income, the Buhari government is now saying that whatever it will take, we must pay contractors and that is why they have all returned to sit,” he added.

The News Agency of Nigeria (NAN) reports that the ongoing projects visited by the minister during his tour in Rivers were the Aba-Port Harcourt dual carriage way and the Bodo-Bonny bridge projects.

The minister said the Bodo-Bonny bridge, when completed, would be the only road linking the people of Ogoni land to Bonny Island.

He said the project was awarded several years ago but the contractor abandoned the site because it was not funded.

He said the Federal Government made provision to finance the project in partnership with the Nigeria Liquefied Natural Gas (NLNG) in the 2017 budget proposal. 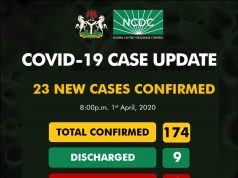 30 Top Merchant Cash Advance Services Revealed by topcreditcardprocessors.com for May...