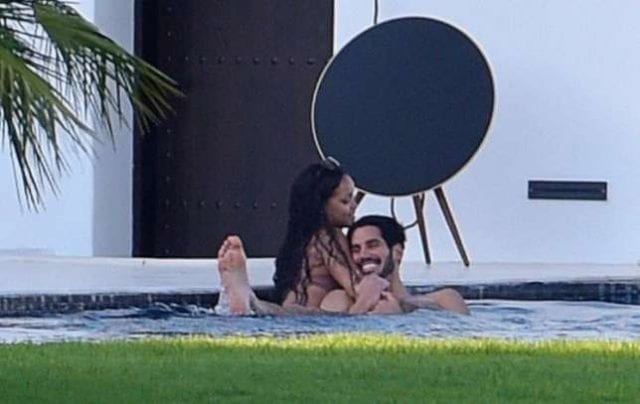 Rihanna has hit back at body shamers who’ve told her she’s put on “too much weight” with an incredible throwback video.

The clip, which was filmed by one of her best pals, shows Rihanna wandering around a shop holding onto bags of crisps.

Panning the camera around to another one of her friends, the woman tells the cameras: “You’re judging her, stop judging her!”

Rihanna looked pissed before carrying on picking up some of her favourite snacks.

The singer turned actress – who stars in new sci-fi film Valerian – referenced the video yesterday when it was shared by one of her fans.

The woman, who goes by the name RobynsBish on Instagram, captioned the video: “Everybody who calling rob too fat @mdollas11 telling you what to do in this video K !! #mindyourown #eatallyouwant @badgalriri i got you.”

Rihanna commented on the video: “Somebody called me too fat?” much to the delight of her fans.

Their mean article speculated about Rihanna’s weight and said she may have been “enjoying that good room service a bit too long”.

The article also went on to say that her position as an influencer could encourage other women to gain weight.

Calling it a “dangerous precedent”, the writer added: “A world of ladies shaped like the Hindenburg loaded into one-piece bathing suits may be on the horizon now that Rihanna is traipsing around out there looking like she’s in a sumo suit.”

Free And Fair Elections Are The Only Guarantee For National Unity...

House Of Reps Hopeful Under APC Arrested Over Pipeline Vandalism