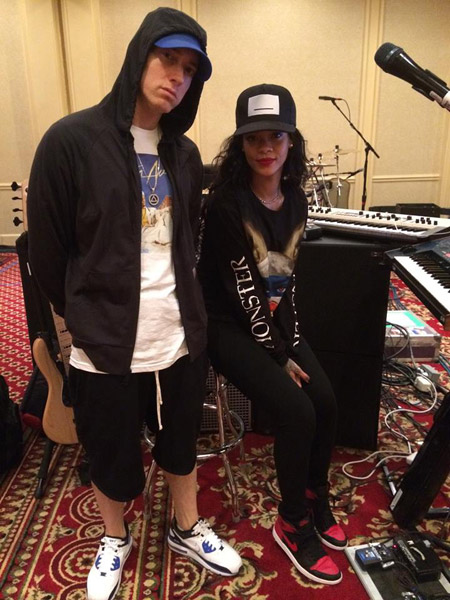 Eminem’s ex-bodyguard has expressed his fears for the rapper’s safety after a freestyle which condemned Donald Trump.

Byron ‘Big Naz’ Williams said he was worried about the reaction to his former employer after the star hit out at the US President in a rap broadcast at the BET Hip Hop Awards.

Eminem, who turned 45 recently, blasted Mr Trump over racial tensions, the NFL row and North Korea in a performance called “The Storm”.

The former guard said he agreed with the sentiment of Eminem’s rap but added his bodyguards could now have “their work cut out”.

He also said the rapper would have been arrested over the rap if he was black and feared Trump supporters would look to retaliate after reading abusive remarks on Twitter in the wake of the rap.

Big Naz said: “It’s one thing when you go against an emcee but we are talking about going against the Government.

“When he told the Trump fan’s that y’all gotta decide and then he threw up the black power first.

“That was powerful and somebody needed to say it but his bodyguards got their work cut out for them.

“If Eminem was black he would have had secret service at his house and been arrested.

“I just wonder what the repercussions will be.”
Em said in the rap: “Any fan of mine who’s a supporter of his.. I’m drawing in the sand a line.. you’re either for or against.”

He raps: “Racism’s the only thing he’s fantastic for/Cause that’s how he gets his f****** rocks off and he’s orange.”

And he adds: “But we better give Obama props ’cause what we got in office now is a kamikaze that will probably cause a nuclear holocaust while the drama pops/and he waits for s*** to quiet down, he’ll just gas his plane up and fly around till the bombing stops.”

He rapped that attacking the NFL – Mr Trump criticised American football stars for kneeling during the national anthem – was “his form of distraction… so we focus on that instead of talking Puerto Rico or gun reform for Nevada.

Yaya Toure To Be Added To Manchester City’s CL Squad

Xero Appoints US CEO, Board Chairman and Director as It Continues...