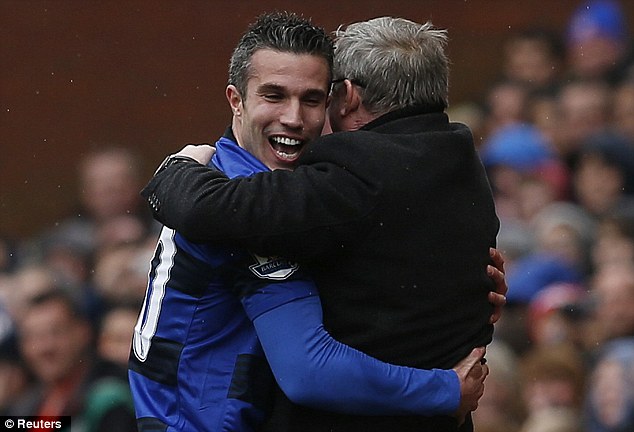 Sir Alex Ferguson has spoken publicly for the first time since emergency surgery for a brain haemorrhage, thanking everyone for their support.

On Thursday, Manchester United posted a video from Ferguson to say thank you as he continues to recover.

“Hello just a quick message, first of all to thank the medical staff at Macclesfield, Salford Royal and Alexandra hospitals,” Ferguson said. “Believe me, without those people, who gave me such great care, I would not be sitting here today. So thank you from me and my family. Thank you very much.

“It has made me feel so humble, as all the messages I have had from all over the world wishing me the best and the good wishes do resonate very, very strongly with me, so thank you for that support you have given me.

“Lastly I’ll be back later in the season to watch the team. In the meantime, all the best to Jose and the players. Thank you very much.”

Wayne Rooney, whom Ferguson signed in 2004 and who went on to become United’s leading all-time scorer, tweeted: “Brilliant to see.”

Edwin van der Sar won the Champions League under Ferguson in 2008 and said: “I had a nice conversation with the boss last week and great to see he is making progress in his recovery. This comes quite close to our situation in 2009 when my wife Annemarie had a brain haemorrhage. He was very supportive as always in close contact the whole time.”

Ferguson retired from managing in 2013 after almost 27 years in charge of United, but he has continued to regularly attend matches and participate in UEFA coaching initiatives.

Buhari Should Be Careful With GEJ – Primate Elijah Ayodele

I Once Thought All Men Were Idiots – Monalisa Chinda