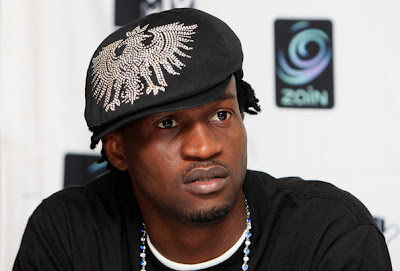 Just when we thought the Okoye drama was over, Peter dropped a bombshell over the weekend, now his brother Paul is responding to the accusations.

Paul Okoye while granting an interview with a radio station was asked about his twin brother’s latest accusation and he gave a very diplomatic answer to the question.

“These are sensitive questions and the fact that it is sensitive there are ways you will say it and the way you people will just create news out of it. The way you people are lost about this issue is the same way I am seeing the issue too.

“Just understand this, it Is not good for me, it is not good for anybody yes people will tell you that they have been hearing one side of the story and they want to hear my own side of the story, I am not giving anybody any story. I always say this I didn’t work hard for twenty years to destroy stuff like that, ok, I don’t know, to be honest with you, I don’t know,” he said.

Well, it looks like Paul Okoye isn’t ready to go through all that drama he had with his brothers in 2017. However, Peter is still ready to let the whole world know that he still has a feud with his twin brother.

Scholes Needs To Talk So He Won’t Be Forgotten – Mino...