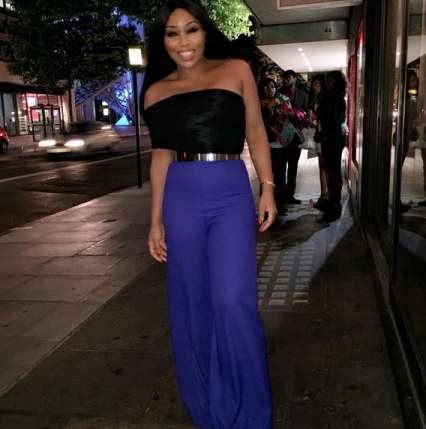 Rita Dominic has expressed her love for scary roles and why she puts in her all to ensure near perfection whenever given such roles.

The AMVCAs winner made this known when speaking about her role in a movie, The Guest, which also starred, Femi Jacobs and Somkele Iyamah.

She said, “I liked the story, I like role, the role scared me when I first read the script and for me, I like roles that scare me.”

Currently in her 40s, graceful and close to two decade old in the ever busy Nigerian film industry, the actress made a name for herself by featuring in an array of roles over the years.

She would be fondly remembered with her comic role in co-produced movie, The Meeting, ‘Finding Mercy,’ ‘Suru L’ere,’ ’76’ and “Iyore.”

Those attacking me over card readers are scared of free and...