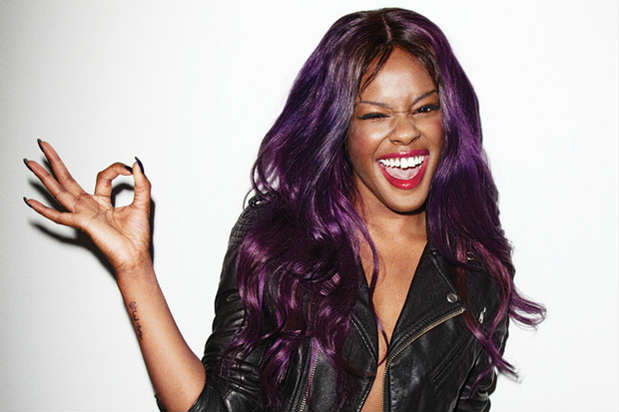 It feels like Azealia Banks has been on a break from posting her seductive photos but guess what guys? She is back with some raunchy photos which will be shutting down Instagram.

The American born singer took to her Instagram page on Wednesday, October 3, 2018, where she posted the really raunchy photos. She went on to caption one of the photos with a quote which shows she enjoyed every bit of the photo shoot.

“This was really a very diverse and interesting shoot,” she wrote. These photos will indeed spark off a lot of talking point for admirers and lovers of the singer. Azealia Banks is one bold black woman who is not just proud of her colour but her body. Thumbs up gorgeous!

In case you don’t know, this is not the first time Azealia Banks will be dropping really hot photos on the gram! They come in seasons and we guess this was just another season. Recall a few months ago, she went completely nude in some photos she posted on Instagram.

Even though she didn’t actually caption the photo with any quote, we want to leave that to you guys to do justice to that. Since the beginning of 2018, we’ve been served with a number of nudes and semi-nude photos from the American singer.