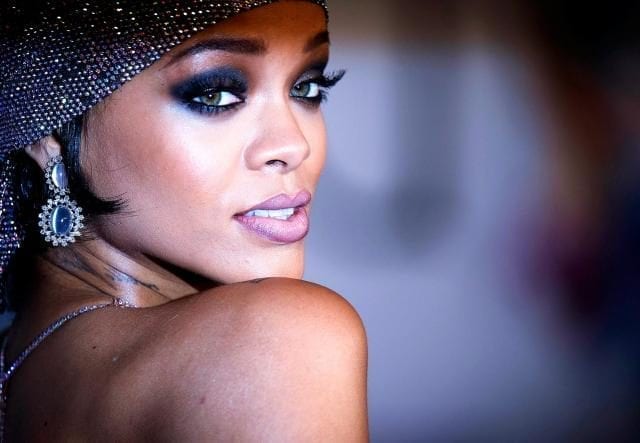 Did Rihanna just subtly let everyone know her feelings on the whole Victoria’s Secret Fashion Show controversy with a quick like of a tweet?

In an interview with American Vogue, Edward Razek claimed the lingerie brand’s annual runway shows are “a fantasy” therefore should not include transgender or plus size models.

Aside from upsetting the entire Twitterverse, the whole episode served to highlight the difference between the one-body-fits-all VS shows and Rihanna’s own diverse show earlier this year.

No doubt that’s what plus-size model Louise O’Reilly was hinting at when she tweeted.

Prime example of why brands need to be careful of casting directors opinions. Especially when it’s a 70 year old man who’s living in the past. Thank god @rihanna brought us @SavageXFenty this year with genuine attention & love of diversity in her branding https://t.co/pdCk2ueSGq

O’Reilly is no doubt referring to Savage X Fenty’s first ever collection, which dropped earlier this year and offered representation of all body shapes and sizes.

Proof of which was witnessed back in September during Savage’s live show, which featured a diverse collection of models and dancers of all races, body sizes and in the mix were two pregnant models rocking the runway with their baby bumps.

Though, the comparison with the two shows would no doubt have spoken for itself, Elle reports that RiRi quietly weighed in on the matter personally, when she threw a secret like to O’Reilly’s Tweet.

Rihanna isn’t the only one to let her feelings known about the lack of diversity within the VS Angels.

Last month Robyn Lawley, who was the first plus size model to grace the cover of Sports Illustrated in 2015, took to Instagram to call for a boycott of the show because of its lack of inclusivity.

The lingerie industry has been making strides to be more inclusive of late. Earlier this year lingerie brand Figleaves made a stand against the usual body-perfect approach by released a campaign that celebrated women in all their diverse beauty.

Zimbabwe learns from Nigeria's Abuja Carnival to organize its own carnival...