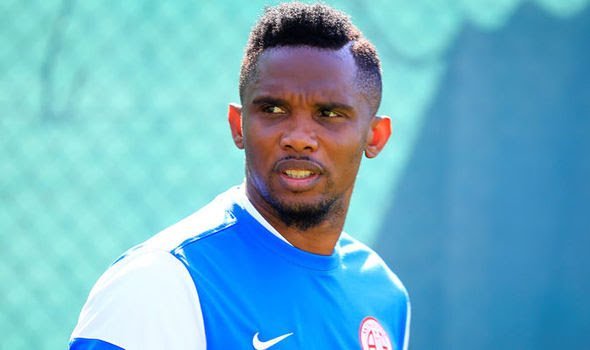 Egypt won the game 1-0 after Mahmoud “Trezeguet” Hassan’s goal before the end of the first half but Eto’o was not impressed with the performance of the players.

He said their attack lacked coordination and they gave Mohamed Salah too much work to do.

His words, “If Egypt keep performing this way they will suffer in the upcoming games,”

“The Egyptian national team suffered, especially in attack, as Salah was always far from the strikers and that’s why he wasn’t very present during the game.

“Everyone was passing the ball to Salah; the team has to start playing as a unit which wasn’t the case.

“Marwan Mohsen also failed to perform very well because no one passed him the ball and that’s why he was struggling during the game.”

Egypt will battle DR Congo and Uganda in their last 2 fixtures on June 26 and June 30.

My Players’ Schedule Is So Demanding – Pep Guardiola