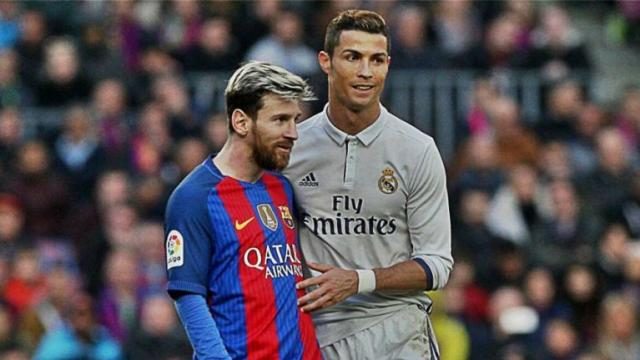 Jose Mourinho is of the opinion that a UCL final that will feature Lionel Messi and Cristiano Ronaldo is still possible.

Barcelona and Juventus were tipped for the trophy in 2018-19 but were sent parking by Liverpool and Ajax, respectively.

But Jose believes that even if they are not getting any younger, they are still amazing players that can still make it happen before they retire.

His words to Eleven Sports, “First of all, I think it’s a frustration for all those who like football to never have had a [Champions League] final between the two [Messi and Ronaldo],”

“It was almost real many times, but it never happened. I always thought that it would be a big injustice to them, in the sense that everything would be centred on them and that one would come out holding on to the big ears cup and the other would come out with his head down.

“I always thought it would be a great injustice to have a duel between the titans of the two best players in the world in the last decade, for one of them to bow to the weight of defeat. That’s why it’s probably a good thing it never happened.

“Can it still happen? It could still happen. They’re both in clubs that want to win. They don’t hide that they want to win themselves. Of course it can happen. I’m perfectly watching Cristiano, with his 34, I think, playing at the highest level as long as he wants.”

On Ronaldo’s amazing career, “I think it’s fundamentally in his head, in his nature, in his DNA. Ambition, motivation, personal pride are things you can’t buy. They are things that are objectively born with people and I think it will be like this until it’s over. There are players who are really special and who from a mental point of view are flawless.”

READ  You Can Only Stop Messi With Teamwork - Varane

On the next footballers to be at the top after Ronaldo and Messi, “[Salah, Mbappe and Neymar] are three strong names. Unequivocally three important names who are there waiting to see what happens to the monsters. The other day I was asked a question similar to yours and I said that it has to be a winner.

“A golden boot, the best player in the world, has to be a winner. This thing with a lot of quality, a lot of talent, no titles, it doesn’t work. Right now, if Juventus had won the Champions League, we were saying that Ronaldo will win the [Golden] ball.

“If Barcelona had won the Champions League, they would have won the Spanish championship, now they’re going to the Copa America, the golden ball for Messi. Because they’ve been removed from the European football championship, we’re already talking about who could win, because they can’t. That’s why I always say, always sustaining victories and important victories.”

COGECO Reports Strong Results for the Third Quarter of Fiscal 2014