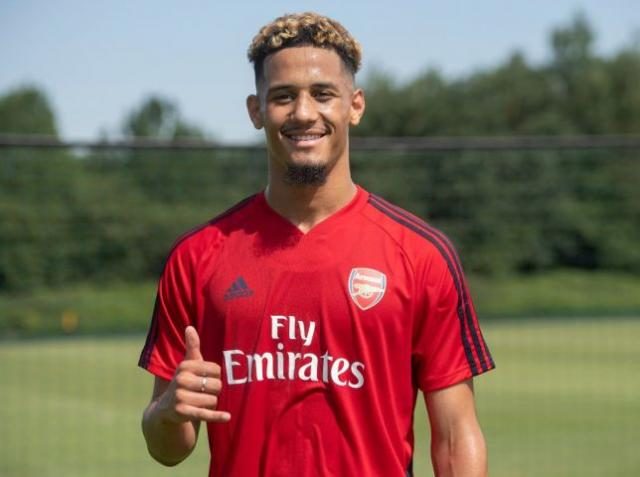 New Arsenal defender, William Saliba has disclosed why he chose to play for Arsenal instead of Tottenham.

He said Arsenal is the biggest club in England and that influenced his choice.

The teenager wrapped up a £27 million ($34m) move to Arsenal today, becoming their second signing of the day after bringing in Dani Ceballos on loan from Real Madrid.

He has now shared why he rejected Tottenham.

His words, “Since I was little, I’ve been watching Arsenal play in the Champions League and so on.

“There are a lot of French players who have come through here, so that really helped me to make my mind up.”

“I spoke to Matteo [Guendouzi], I even bumped into him at a funfair in Paris.

“That’s where I told him that Arsenal wanted to sign me! He gently advised me to come here and explained what it was like.

“It’s a massive pleasure to sign for a really, really big English club. This is the biggest club in England for me, so it was an easy decision.

Protest banner no bother for the embattled Man Utd manager

#Nigeria > Federal Government Should Be Ready To Release Some Boko...