After lots of denials, Nollywood actors, Toyin Abraham and Kolawale Ajeyemi are on the way to sealing their union.

Recent photos have shown Kola and his family at their introduction ceremony. 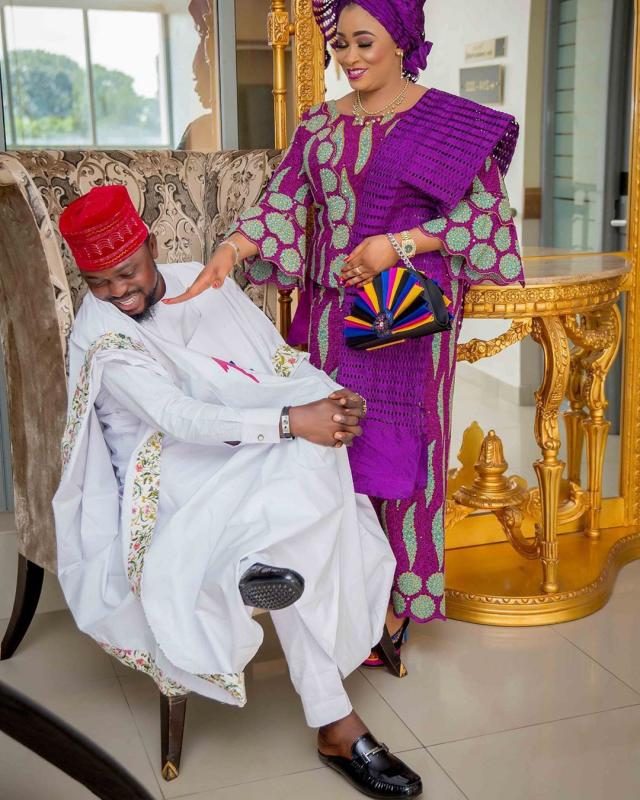 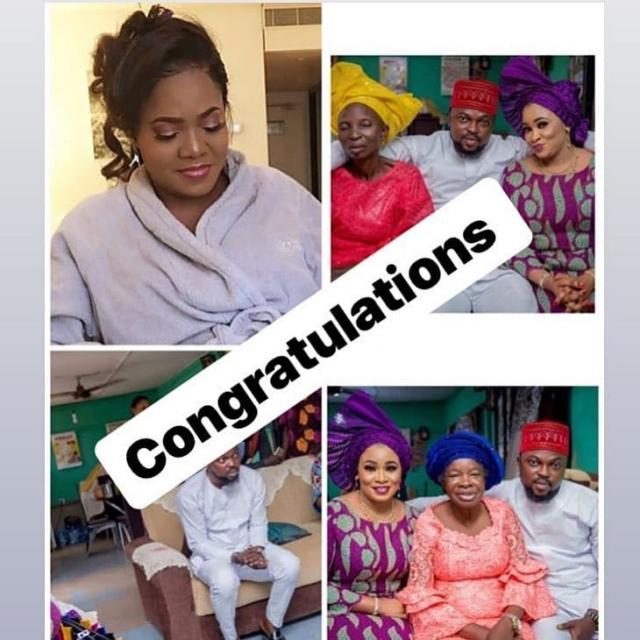 The event happened in Ibadan.

We remember when Kolawole blatantly denied the rumors that he was dating the talented movie star.

His words then were, “I strongly believe that ignorance is worst than illiteracy. When one is considered an illiterate there is still hope of learning and acquiring knowledge. On the other hand when one is ignorant, thinking they already know all but painfully, all they knew are so wrong and offpoint. FAKE BLOGGERS. It’s a very bad thing to publicly use peoples pictures and mentioning their names in your Wrong assumption.

Sometimes it’s easy to get pissed off at these set of people but what I feel for them now is just a mere pity. Because the Bible said and I quote “ WOES TO THEE THAT SPOILEST, AND THOU WAST NOT SPOILED; AND DEALEST TREACHEROUSLY, AND THEY DEALT NOT TREACHEROUSLY WITH THEE. WHEN THOU SHALT CEASE TO SPOIL,THOU SHALT BE SPOILED; AND WHEN THOU SHALT MAKE AN END TO DEAL TREACHEROUSLY,THEY SHALL DEAL TREACHEROUSLY WITH THEE.(Isaiah 33:1) God said in his words…we should love one another,don’t do things that will pull down a fellow human down Mentally,emotionally and spiritually. My advice to those bloggers is…..

Do your findings well before you send wrong informations (RUMORS ) to the general public.

Stop posting my pictures and mentioning my names in your rumors if you don’t want God to destroy everything you have laboured for. How can you be so lazy in brain not to makes findings before spreading your dirty rumors? Fine!! There is freedom of speech but freedom after speech is not certain….let’s be guided.”

Have You Seen Denrele’s New Hairstyle

Funke Akindele Is An Ambassador, She Should’ve Known Better – N6

Nicki Minaj Opens Up On Sleeping With Drake Talks About Who...