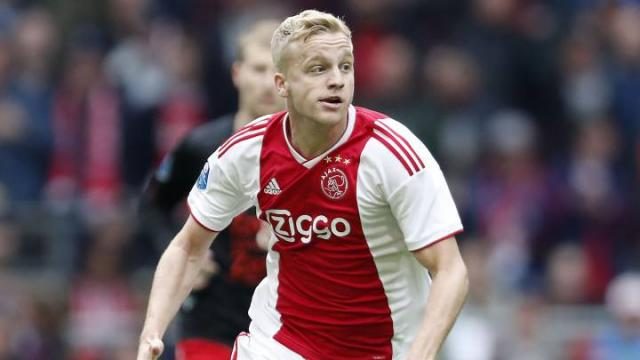 Ajax midfielder, Donny van de Beek has said that Real Madrid are interested in him and he is not bothered by reports that say he is their second-choice after Paul Pogba.

Donny has been tipped to follow Matthijs de Ligt and Frenkie de Jong out of Holland after an amazing season with Ajax which led to their making the Champions League semi-finals last season.

Asked about the Madrid interest, Van de Beek confirmed it and added that he is flattered.

His words to FoxSport, “Of course I hear stuff like that from time to time and it’s always good to hear about it.

“But the situation is still the same, even though the media keep creating new stories.

“Of course there is interest, but people tend to rush to conclusions about that.”

On being the second choice after Pogba, “I haven’t heard it being talked about like that, but it could be true. There’s more to it than what’s in the newspapers, but you don’t have to believe everything that is written.

“There’s always a lot of nonsense. I don’t have to tell you what is and isn’t true, but again, I’m focusing on Saturday [Ajax’s Eredivisie season opener vs Vitesse] and the rest is up to you guys.”

Davido: “Runtown didn’t write ‘Aye’, I wrote it myself”