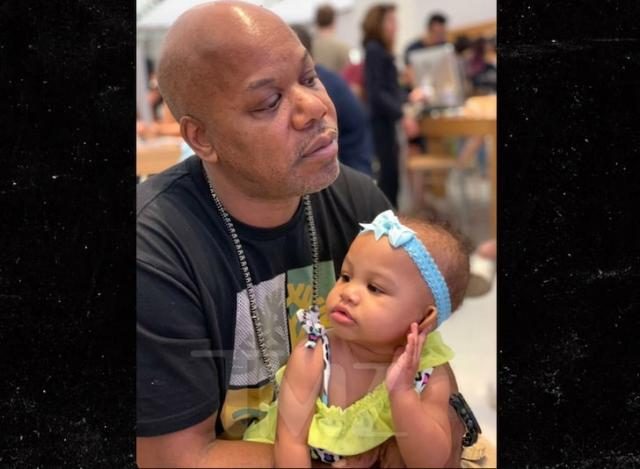 US rapper Too Short is now a dad.

TMZ has reported that the lyricist secretly welcomed his first child at 53, but kept it secret till now.

Rumour has it that his on and off bae, Sue Ivey gave birth to their baby girl back in December and she was named Yanni Shaw.

Too Short, real name Todd Anthony Shaw is presently shooting a documentary with Ray J and his manager, David Weintraub, and the film is focused on raising their little girls in Hollywood.

Todd Anthony Shaw (born April 28, 1966), better known by the stage name Too Short (stylized as Too $hort), is an American rapper, record producer, and actor. He is best known for his hit songs, such as “The Ghetto” and “Blow the Whistle”.

Too Short is credited as being one of the pioneer rappers of West Coast hip hop. He first began recording in 1985, becoming one of Oakland’s better known underground emcees, before he signed a deal with Jive Records in 1987, releasing his mainstream debut album Born to Mack. He experienced his first widespread success with his 1989 follow-up album Life Is…Too Short, and remained one of the most popular rappers into the 1990s. His rap lyrics are primarily about pimping, drug use, surviving, and promiscuity.

Shaw was born and grew up in South Central Los Angeles, California. In the early 1980s, Shaw and his family moved to Oakland, California. He was a drummer in the band at Fremont High School in Oakland.

On February 10, 2012, a video by Too Short was posted on XXLMag.com, a hip-hop website published by Dennis Page. In the video, Too Short gives “Fatherly Advice” to late middle-school and high-school boys. Specifically, he offers “a couple of tricks” for manually manipulating female genitals “when you start feeling a certain way about the girls.” The video caused immediate outcry and was soon taken down by XXL, which issued an apology.

While on the Scoop B Radio Podcast in 2017, Too Short told Brandon Scoop B Robinson that Jay-Z sampled his “Blow The Whistle” song in 2010 to recruit LeBron James to join the New Jersey Nets.