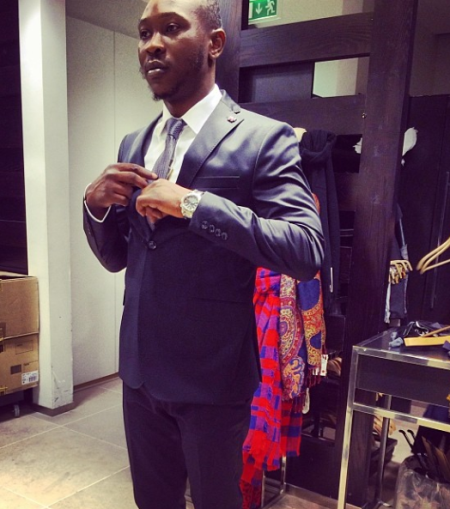 Afrobeat singer, Seun Kuti has blasted the leadership of ASUU (Academic Staff Union of Universities) for saying nothing about the trending #SexForGrades scandal.

He cannot understand why they are pretending to not hear about the scandal.

He said it is however unfair because the students need them to fight for them right about now.

According to him, “ASUU leaders make una no pretend like say una no hear all this noise about una members accused of #SexForGrades in our universities. If na una money struggle now, una go expect both activists and students to rise and fight for una. Now the students need una to rise and fight for them too.”

“OGA ADAMU ADAMU WETIN U B MINISTER OF EDUCATION FOR WEN DER IS A NATIONAL ISSUE AFFECTING ALL OUR UNIS AND U NO FIT TELL US GOVT POSITION ON DIS, R U IN SUPPORT OF D LECTURERS DEMANDING SEX FOR GRADES NI, ABI WHY WE NEVER HEAR FROM U ABOUT IT AS D MINISTER OF EDUCATION.”

“WE STILL DEY WAIT FOR ASUU RESPONSE ABOUT DIS SEX FOR GRADE AND ADMISSION WAHALA FOR ALL OUR UNIVERSITY.”

“OGA ADAMU ADAMU MINISTER OF EDUCATION WE STILL DEY WAIT YUR RESPONSE ABOUT DIS SEX FOR GRADE AND ADMISSION, NO TRY BEHAVE LIKE SAY U NO HEAR, DIS WAHALA CONCERN U AS D MINISTER.”

Do you agree with him?

African born American rapper, Jidenna featured Seun in his sophomore album titled, ’85 to Africa’. Seun voiced the outro of the song with these words.

“I believe it’s time for an African peoples powered highway. A highway that will connect the Diaspora and Motherland. A global highway for African people all over the world to rediscover themselves. To remember that the only thing that unites black people, globally, the only thing we all have in common is that we are from Africa”

The official video of this song was released August 23, 2019.

He is featured in Calle 13’s song “Todo se mueve” (Everything Moves), on their 2010 album Entren los que quieran.

He participated actively in the Occupy Nigeria protests against the fuel subsidy removal policy of President Goodluck Jonathan in his native Nigeria, in January 2012. Seun Kuti is an atheist.

In 2014, Seun Kuti was given an honorary invitation to perform live for the first time at the Industry Nite.

In 2018, Black Times, by Seun Kuti was nominated for the Grammys, under the World Music Category. This makes Seun the second child of the late Fela Anikulapo Kuti to be considered for this award, as his elder brother, Femi Kuti has been previously nominated in 2003, 2010, 2012 and 2013 without a win.

Chevrolet to roll out 4G-connected cars by mid-2014

The Immediate Past Administration Had The Spirit Of Demolition – Nyesom...