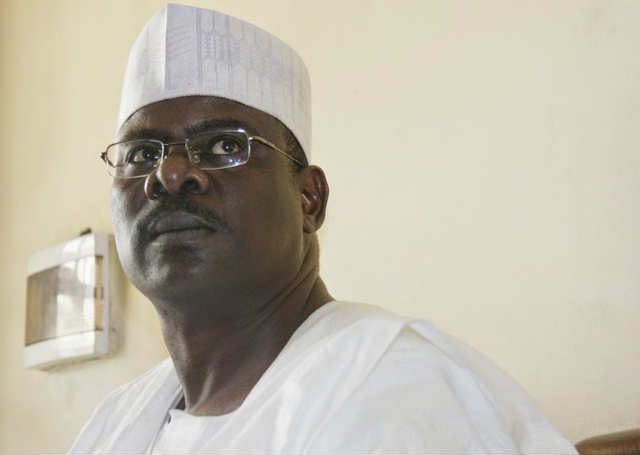 He revealed this in an interview with newsmen in Kaduna, saying that the allocation for the Armed Forces contained in the 2020 budget proposal before the National Assembly was massively inadequate when we consider our current security problems.

He added that there is nothing more important than security to Nigerians.

According to him, “There is nothing more important than security to Nigerians. Even if half of that budget is to be spent on security they will be glad, because if you are not secured all other things will not work.

“We have security challenges in this country and Nigerian Army is in the forefront of trying to address the challenges.”

“We have gone round to see for ourselves and now we paid a courtesy visit to the state Governor and we also sought for his assistance to make sure that we all put hands on deck to tackle the security challenges.

“A country that is not secured is not a country, and the Nigeria army which is saddle with the responsibility of securing the territorial integrity of the country will be useless if within the country is not secured.”

Do you feel what he is saying?

Mohammed Ali Ndume is a Nigerian politician who was a member of the Federal House of Representatives from 2003 to 2011. He was elected to the Senate for Borno South, Borno State, Nigeria in April 2011 running on the People’s Democratic Party (PDP) ticket.

READ  Restructuring Nigeria Does Not Mean Breaking Her Up – Obasanjo

Senator Mohammed Ali Ndume was born on 20 November 1959 in Gwoza Town of Borno State. He attended Gadamayo Primary School in Gwoza and completed in 1972. Ndume proceeded to Comprehensive Secondary School Mubi in then Gongola now Adamawa State from 1973 to 1978 where he obtained Secondary School Certificate and WASC and passed with Division One. Ali Ndume was cut out early in life for Leadership position as he was appointed Junior House Captain and promoted to House Captain in his final year in Secondary School. His exceptional superlative brilliance saw him emerging in constant First position in class at Comprehensive Secondary School Mubi. On completion of Secondary School he went on to Kaduna Polytechnic to study Marketing in 1978. He completed his Ordinary National Diploma (OND) in 1980 and Higher National Diploma (HND) in Marketing in 1982 at Upper Credit level. Ndume proceeded to Federal Polytechnic Ilaro in Ogun State between 1982 – 1983 for his compulsory National Youth Service Corps (NYSC). He joined the famous Ramat Polytechnic Maiduguri as a lecturer in 1983 rising to the rank of a Senior Lecturer. In 1988, Ndume was awarded the United States Agency for International Development (USAID) Post-Graduate Scholarship to study Business and Computer Education at the University of Toledo Ohio, United States of America and graduated with a B.Ed and M.Ed in 1990 and was awarded Magna Cum Laude academic honour. He was also admitted into the Phi Kappa Phi academic society for outstanding performance. On graduation, Ndume returned to Nigeria and continued with his teaching career with the Ramat Polytechnic Maiduguri, Borno State until 2003, when he entered politics.

Ali Ndume Has been the Senate Majority leader in the Nigerian Senate House after the 2016 elections and impeached by the APC Senators on 10 January 2017.

Senator Ndume on June 11, 2019, loses bid to become Senate President of the 9th Senate. He contested against Senator Ahmed Lawan who emerged Winner.

BTS Photos From JJC’s ‘Feeling You

Working With Joke Silva Was Big For Me – Femi Branch

I Am Glad That I’m Still Standing – D’banj