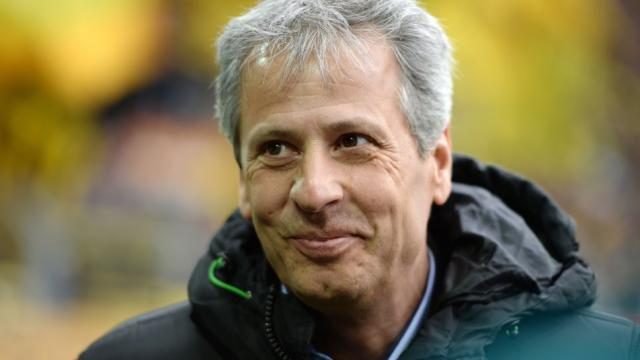 Borrusia Dortmund player, Jadon Sancho and Marco Reus are still serious doubts for the club for their match vs Bayern Munich tomorrow, according to manager Lucien Favre.

Marco was not available for Tuesday’s 3-2 Champions League victory vs Inter because of an ankle injury, while Sancho picked up a hamstring strain in the 2nd half.

Speaking ahead of the game, Lucien said they will both be accessed today and they will not be risked.

His words, “We have to wait for both,”

“We do not know if they’ll train or not, we’ll see tomorrow [Friday].

“We have two or three players still in that situation. We need them to be fit and then we’ll decide which team to play in which system. A player has to be fit, no matter what the game.”

“We have always stayed positive and have looked forward,”

“It was a difficult phase, and if we draw once away, that is the end of the world in Dortmund. It was not as bad as it was said.

“It has been very difficult here in the last five years, we have nothing to lose, we respect Bayern a lot, they are a top team, but we are not afraid.”

Bump and Flock Apps Being Discontinued This Month

Davido Hits The Gym For A Perfect Body

De Jong Can Be The Leader In Barcelona’s Midfield – Iniesta