The Federal government has said every herbal medical Practitioner in Nigeria has its resolute backing.

FG vows to make sure the efficient utilization of herbs and plant is guaranteed to improve Nigeria’s economy.

The Minister of Science and Technology, Dr. Ogbonaya Onu revealed this during the presentation of CLEAR EYE VISION EYE DROP by a Consultant herbalist, Dr. Isongon, Kizito Ikor from Calabar, in his office today.

He said the importance of herbs cannot be underrated, adding that “With the abundance of roots and herbs in every part of Nigeria which is a secret yet unknown to us, these secrets can help find solutions to various health care challenges we have in the Country”.

He added that the Ministry is helping herbal practitioners via one of its agency, Nigerian Natural medicine Development Agency, which is creating a befitting environment for their businesses to thrive.

The President of the Concerned Youth Empowerment Association, Mr Noble Adaelu has warned against selective approach in the effort to make our Nigeria’s borders free from smuggling.

Mr. Noble shared this as a reaction to rumors that Ghana brought in different commodities to partcipate in the Lagos International Trade Fair.

According to him, letting other nations to bring goods into the country under any guise while the borders remained close would allow all sorts of compromises that would weaken FG’s current stance on the matter.

His words, “If Ghana is allowed to bring in her goods to the Trade Fair, it further exposes the insincerity of purpose and corruptible character of some Nigerian government officials handling cross border trade issues.

“The Federal Government should purge itself of these characters and face the reality of purpose because drawing a selective approach over the land border closure is wrong and places Nigeria on a wrong stand.”

“Repackaging of goods denies the true identify of a product. A responsible producer and exporter recognises the dignity of identity and would not to hide it.

“So, it is a criminal attempt to hide the production details of the product by repackaging it. I therefore subscribe to Federal Government’s conditions on this. If it is not an expired product and below standardisation, why do they repackage.

“Even if the borders are reopened with no professional discipline, repackaged and low standardised goods will still find their way into the country.

“The management of Nigerian Immigration Service and Nigeria Custom Service should go back to the drawing board and define a disciplinary measure for their officers.

“Is it not clear they are living above their income? Where do they make such money from if not from all these unscrupulous importers.” 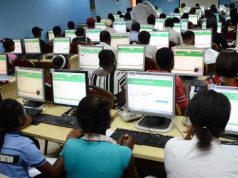 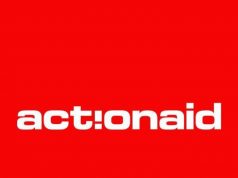