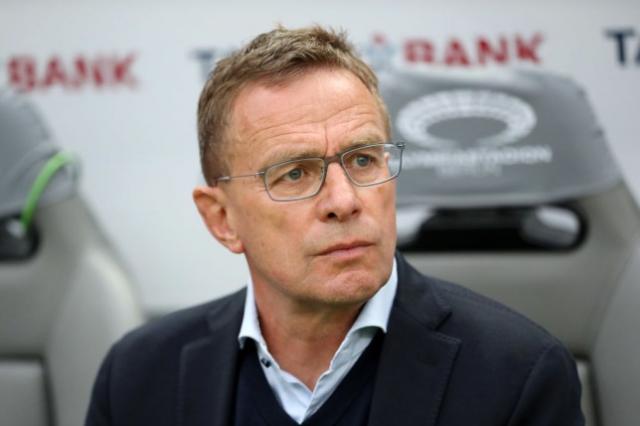 Ralf Ragnick has said Liverpool Jurgen Klopp signs a lot of his ex-players because they both share an identical mentality and they have a very similar style.

Liverpool are about to sign Red Bull Salzburg winger Takumi Minamino for a bargain fee in January, with his release clause set at just £7.25 million ($9.6m), and this will be in addition to Roberto Firmino, Naby Keita, Sadio Mane, and Joel Matip, who are all Ragnick’s former players.

According to him, he also believes in the proactive, high pressing, counter-pressing football that Klopp is known for.

He added that the ex BvB manager does not have to thank him.

His words, “Klopp doesn’t have to thank me,”

“It’s definitely no coincidence that he has four former players of mine [Roberto Firmino, Naby Keita, Sadio Mane and Joel Matip] because it shows that he is, in fact, looking for the same kind of players, with the same assets, with the same mentality as we do.

“And, I think, out of the top clubs in Europe, he’s probably the coach with the highest number of former players from us.”

“The style is very similar to Jurgen’s.

“It’s proactive, it’s high pressing, counter-pressing. Once we have won the ball we don’t want to waste any time by square passes or back passes.

On Minamino, “You could see he was good on the ball, very technical, good mentality,”

READ  Aubameyang And I Are Friends, But Not On Sunday - Pulisic

“He is also like many Japanese players, willing to invest in the team’s efforts to win the ball back.

“Of course he had to learn those things tactically, but his willingness and his mentality was already there. He’s not the kind of player to say, ‘OK the other team has got the ball so, please let me know once we have the ball so I then can take part in the game again.’

On interests in him from top clubs, “Of course any big club in England should be attractive, but also there has been no contact between the relevant clubs and myself,”

“I’m very happy and my full focus is on my job at Red Bull. Should that change it takes a lot (not money) because I’m more than happy with what I’m doing now.”

Election Rerun: Senator Abe Impressed with the Conduct of Process in Rivers...