He had his say in a recent interview with the News Agency of Nigeria (NAN).

According to Donatus, the judgment was very disappointing and unfair.

He added that APC will have a meeting to decide what next after his sentence.

His words, “The party will meet to take a position on the judgment but as an individual, I am very saddened by the judgment.

“I am not convinced that judgment was given,”

“I did not expect it considering the utterances of the judge.”

“I’m highly convinced that something went wrong. The judgment is not fair,”

However, Chairman, Inter-Party Advisory Council in Abia, Ceekay Igara, agreed with the judgement.

His words, “if Kalu was found wanting as governor of the state, he should face judgment.

“It is a normal thing and goes to prove that nobody is above the law.”

“The first lesson for those who are in government and second for others who intend to take over is that whatever they do, there is always a judgment day.” 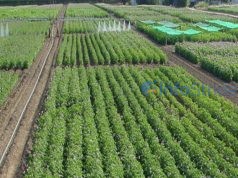 The Best Student Credit Cards of 2014, Announced by CreditCardChaser.com