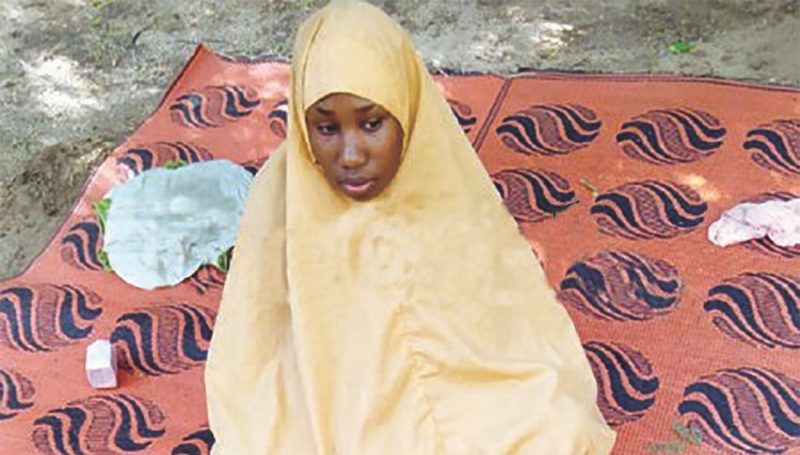 Mother of Leah Sharibu, the girl who was forcefully married in Boko Haram captivity, Rebecca Sharibu has lost every hope in President Muhammadu Buhari and as has gone to London to meet the British Prime Minister.

Rebecca believes the British government can come to her rescue after several promise-and-fail statements from the Nigerian government.

According to her, Buhari assured her of her daughter’s return but he has kept mute since then and she is very disturbed since she cannot help her girl alone.

She added that Leah Foundation has been supporting and they even sponsored her trip to London for resolution of the issue.

Her words, “I come to Britain to lay my complaints, I need their help. They should help me, I will like my daughter to be freed from captivity.”

“He told me that my daughter would return, that she would not stay long. Since their abduction in February, it was 7 months later.”

“Two weeks later, he sent 3 ministers to our house and they corroborated what Mr.President had told me.”

“The ministers reiterated that Leah would be returned to me, shortly.’

“They said they were there to reassure me.”

“But since that day, I never heard anything again, from the government.”

“I’m seriously disturbed, but there is nothing I can do. If the government is doing nothing, what else can I do?”

“They sponsored some girls, even my trip to London, they assisted. Recently, we were assisted by them.”