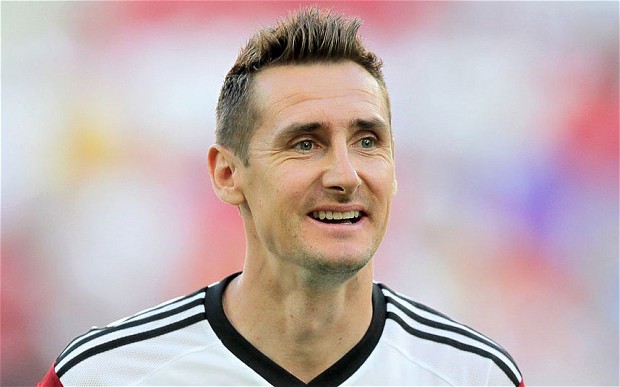 Klose is the current coach of Bayern’s under-17 side, while former Manchester City defender Demichelis is in charge of the under-19s.

According to Martin, Klose is a good and intelligent man has what it takes to do great as a manager in years to come.

He added that they are both presently concentrating on learning with their respective youth teams to be prepared for the bigger challenges when they come.

His words, “We have known each other for a long time and had a good relationship as team-mates, now as coaches,”

“We sometimes have different ideas, but it has to be that way.

“He was a striker; I was a defender. He is German, I am Argentinian. We both learn from each other.

“Miro is a good and intelligent man who will one day also be a professional manager.

“I am a team player and I am with the under-19s to learn and have new experiences. I still have time to develop, but my goal is to become a professional coach one day. Now I want to learn quickly so that I can be ready in the future.”

On himself, “Sure, I was spirited as a player and sometimes had differences of opinion with my coaches,”

“But I always just wanted to help the team.

“At the beginning at Hitzfeld I was supposed to play number six, I accepted that. With Felix Magath I was a regular player in this position. Then Hitzfeld came back and I initially lost my regular place.

“Before the 2007-08 season, I felt like I was looking for a new challenge, but Karl-Heinz Rummenigge said I should stay, which paid off for me, because from then on I played with Lucio in central defence.

“Then I was supposed to move up to six again in spring 2008, which then led to inconsistencies with Hitzfeld. That’s how it was. The last time I met Hitzfeld, we had a big hug.”

VineClient Brings the Entire Vine Experience to the Web