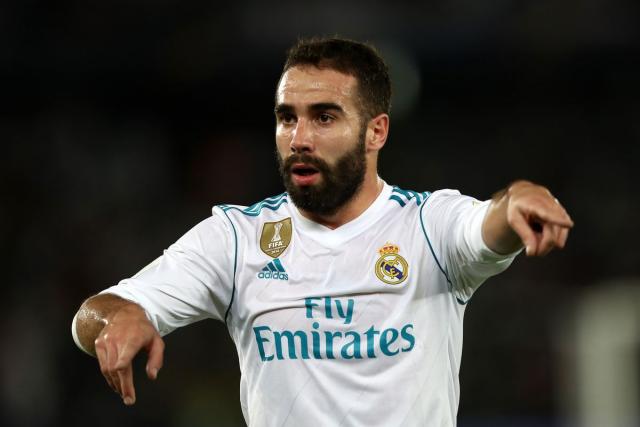 Real Madrid defender, Dani Carvajal has come out to say that Neymar is the toughest opponent he’s ever faced.

Carvajal recently revealed that he finds it hard to keep up with the winger’s skill and intelligence in possession during games.

According to him, Neymar is super elusive and his biggest gift is attacking space during 1 on 1 situations.

He added that Zidane trusts his team a lot and this makes the players always their give their all for him on the pitch.

His words, “Neymar is the striker who has been the hardest to defend,”

“He is a very elusive player, technically very good. He attacks space, he is going to ask for it, he can score. It is difficult to defend him.”

On Zidane “His greatest virtue is the tranquillity that he transmits to us,”

“He never alters and, whether things go right or wrong, he keeps his composure.”

“That is something that gives the players a lot of peace of mind. In addition, his strong point is that he trusts the squad a lot. He makes us feel that we can all contribute, and that makes his team a winning team. I have won many titles with him, and I learn from his experience daily.”

“It’s not easy [to make friends at Real Madrid],”

“When I went to Bayer Leverkusen, where the average age was 23, it was easier.”

“We all shared hobbies, we had no wives or children. At Real Madrid, everyone has their lives made and it is such an established club, in which everyone fights so much that there is no time for more. So, private life is kept on the sidelines.”

OKI brings ‘smart’ to the desktop and within reach of every...