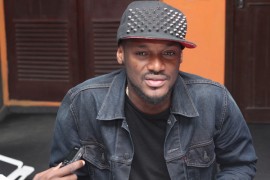 2Face Idibia has been advocating for the ‘VOTE NOT FIGHT’ campaign and in an effort to buttress his point, Nigerian luxury designer, Michael Awolaja popularly known as Malivelihood gifted the music star with this custom iPhone6 which has ‘VOTE NOT FIGHT’ clearly inscribed on it. The Nigerian general elections is slated for tomorrow and 2Face has been advocating for peace during and after the elections. 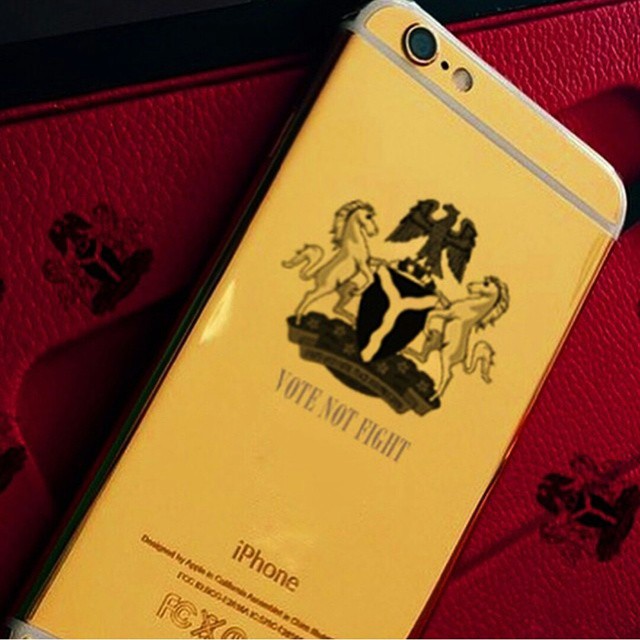 It Only Takes Minutes To Butcher Victims – Boko Haram Suspect