The mother of Don Davis, Deborah Okezie has come out to say that a doctor recently sneaked into a hospital her son was admitted in to receive treatment and tried to inject him. 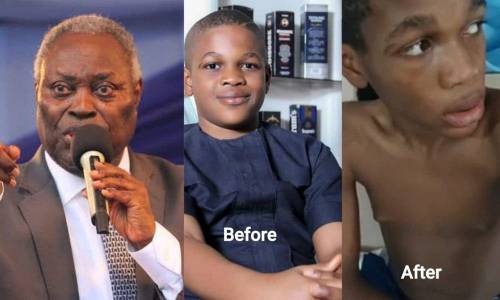 She recently revealed that the suspect has since been arrested and detained after the failed attempted to tamper with her boy’s health.

According to Deborah, her son’s hospital has now been changed to avoid stories that touch in future.

She added that the arrested doctor actually took her son’s blood sample when he was enrolled in the Deeper Life School, while claiming that he came to assist the doctor in the hospital he (Davis) was admitted in.

Manchester United Is The Second Biggest Club In The World –...

Aston Villa’s Vlaar Out For At Least A Month