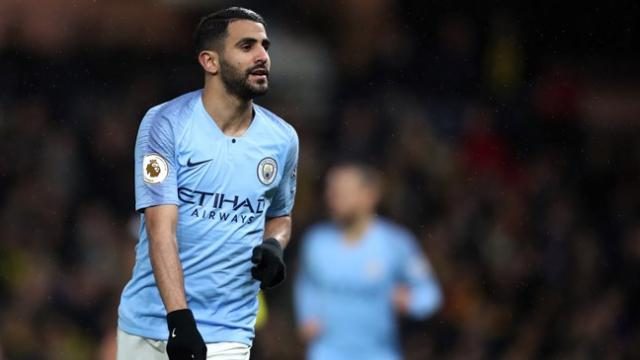 Mahrez captained Algeria to end their 29-year wait for an Afcon title and also netted 3 goals in the competition.

Since then, Mahrez has been in brilliant form in the EPL.

After dazzling in their 3-1 victory vs Everton on Saturday, Pep has hailed him by describing him as an exceptional player.

His words, “He is an exceptional player and I am happy for him because he is playing at an incredible level,”

“I think the Africa Cup of Nations made him believe how good he can be. He knew already, but I think it helps winning this trophy for his country. It was so important for him.

“From the beginning of the season he arrived with an incredible mentality. He was positive in the way he played.

“You have the feeling when he gets the ball on the 18-yard box, close to the area, that something is going to happen.

“I think all the spectators have that feeling and that is because he has a gift. He has something special.”

Lukaku Is Not A Target Man – Ole Gunnar Solskjaer

Marriage Does Not Guarantee Your Happiness – Daddy Freeze