Alibaba (BABA) stock has grown 81.70% over the 12-month period ended on Monday, October 19, 2020. This was revealed in the the research data analysed and published by StockApps.com. Also, Alibaba share price experience an impressive year-to-date performance (YTD) of 44.89%.

A report from Macrotrends reveals that the eCommerce giant posted a higher net income to stockholders margin than Amazon in 2019. While Amazon’s margin was 4.1%, Alibaba’s margin was 34.87%. Alibaba Revenue Surged by 34% as Cloud Computing Grew by 59% in Q1 FY21

Robust growth in digital retail, which accounted for 87% of Alibaba’s total revenue was part of the reason for its stunning performance. Cloud computing revenue also contributed to the growth as the segment soared by 59% year-over-year YoY. As a result, Alibaba’s net income grew by 143%.

Moreover, the number of its mobile monthly active users increased by 28 million to 874 million. Annual active consumers, on the other hand, increased by 16 million to 742 million.

Due to the massive surge in BABA stock, the Chinese eCommerce giant has a valuation of $820.01 billion as of October 19, 2020. This has significantly widened the gap between Alibaba and Tencent, its main rival in China, whose valuation is $659.73 billion according to Macro Axis.

Over the trailing one-year period, Tencent’s stock has surged by 50%. In Q2 2020, the gaming giant’s revenue soared by 29% while adjusted earnings increased by 28%. Its largest business segment, gaming, accounted for 34% of its revenue in Q2 and grew by 40%. 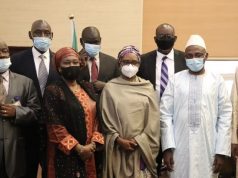