Anyone Can Be A Comedian Online – Teju Baby Face 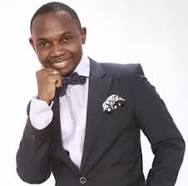 Teju Baby Face has come out to say that he decided to set up a mentorship academy to fulfill his severe passion of impacting knowledge.

The insurance graduate from the University of Lagos said the academy was open to all youths, ready to learn through the easiest means, the social media.

“I went into academy to fulfill my real purpose in life which is mentorship. I am going into it because I want to develop others. I think that is my next passion.

“I went online because it is like a land grab where everybody is grabbing what they want and for me, I established my own academy there, although I am still planning for more.

“The academy is like coming together of many things. I discovered after a while that the best expression of my gift is not comedy. Comedy only brought me to limelight.

“Something has to bring you out to the party and that is comedy. It brought me out but at first it wasn’t comedy per se it is my first movie, “Diamond Ring.’’

“I have found out that the highest expression of my gift is impacting knowledge and mentorship. In the past years, I was better in collating my experiences and weaving it down around the young ones.

“Now it dawned on me to set up the academy to make more impact, especially when those that trained us like Ali Baba may be too busy to groom others, we need to step up.

“I think I am on course with this wonderful development and the response has been great. I must say now that the attention is shifting to new media, called social media.

“Now, we can crack jokes online. Then it was not so but things are now moving fast and attention has been shifted to the social media, which necessitated the presence of my academy online,’’ he said.

We Are Too Relaxed – Jose Mourinho