Apple already promised at its WWDC 2020 conference that ‘Apple Silicon’ processor-based mac devices are coming later in the year.

Now, it looks like the launch of Apple Silicon-based Macs are close as the company has reportedly invited macOS developers; to special labs to work on apps for the upcoming platform.

It also gave an overview of how powerful and efficient these chipsets will be.

Many even called it the most obvious move to part ways from Intel.

The program is said to be for those devs who have purchased the Developer Transition Kit to work on apps for Apple Silicon; reports 9to5 Mac.

This is supposed to give developers a good idea on how the apps will run on the Macs.

The Apple engineers, developers are being invited to one-on-one labs; where they will be coached on how to prepare apps for the platform.

The reason behind this is being assumed that Apple wants to bring some apps by the time Apple Silicon Macs are out.
The company is also said to be holding the public release of macOS Big Sur 11 until the Silicon-based Macs show up.

It is worth adding that the firm has already released macOS Big Sur 11.0.1 developer beta.

Rumours indicate that Apple will hold an event in November for the launch of Apple Silicon MacBook and a Mac desktop device. 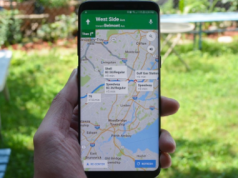 Certificate Saga: Withdraw From Race, Turn Yourself In To Nearest Police...