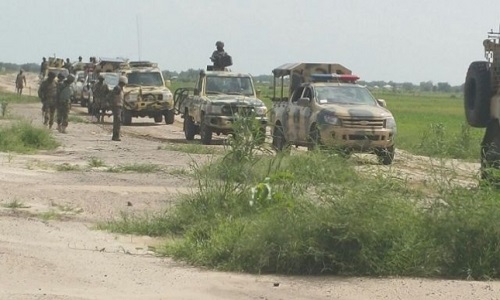 The Kaduna State Commissioner for Internal Security and Home Affairs, Samuel Aruwan, who disclosed this on Tuesday said the bandits were sighted by the fighter jet crew of the Nigerian Air force at Yadi, adding that the location was robustly engaged, with several bandits neutralised.

The bandits, according to the commissioner, were also sighted with rustled cattle and were killed along the track connecting Kuduru and Ungwan Yako areas.

Meanwhile, Governor Nasir El-Rufai has expressed satisfaction at the success of the ongoing operations and commended the armed forces for sustaining the offensives on identified bandit enclaves obtained via credible intelligence.

The governor encouraged citizens to cooperate with the security forces by volunteering information on suspicious activities and hideouts, for decisive action towards vanquishing the criminals.

While mourning with the families that lost their loved ones on the Kaduna-Birnin Gwari Road, Governor El-Rufai prayed for the repose of their souls, while wishing a speedy recovery to those receiving medical attention.

We Are Sending Basit To School – Wizkid

Westbury Is More Than A Community – Rihanna