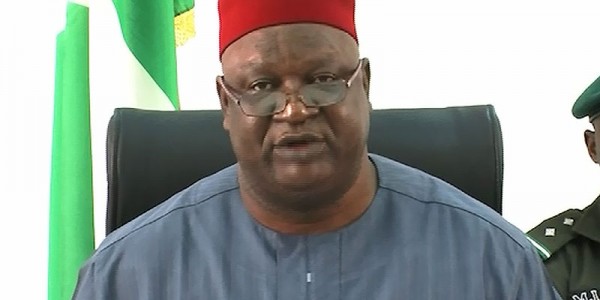 The Delta helmsman was on Thursday announced as the Peoples Democratic Party (PDP) vice presidential candidate.

In a statement on Friday, Anyim, who sought the platform’s ticket, expressed satisfaction with his emergence.

Okowa, he noted, has remained “a cool-headed and focused leader who has devoted his time and energy to the service of our dear country in various capacities”.

“I have no doubt that Sen. Okowa will effectively complement H.E Atiku Abubakar for the urgent task of rescuing, reuniting and rebuilding our dear country”, Anyim added.

See also  MASSOB Calls For Release Of Corpses Of Members

After the May 28 PDP primary, InfoStride News reported that Okowa was one of the VP slot nominees.

Buhari Is A Coward – Fayose