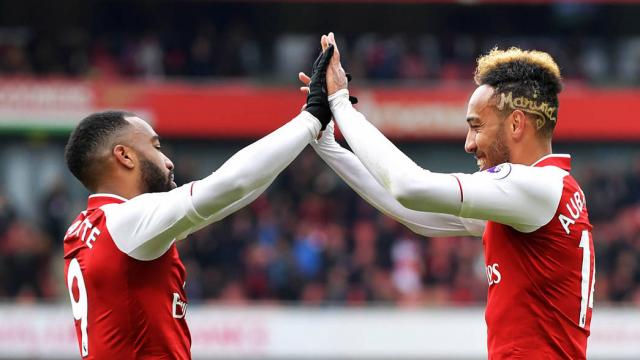 Arsenal should get the best cash for Pierre-Emerick Aubameyang if he wants a move out of the club, according to Ray Parlour.

The Gabon international has netted 56 goals in 89 appearances across all competitions for the London club and he is contracted to remain at Arsenal until the summer of 2021.

However, reports have said Emerick is set to leave Arsenal asap due to their poor form in the EPL this season, and Parlour feels he should be allowed to leave if that is his final decision.

He added that Arteta needs players that are fully committed if he is to succeed at the club.

“He’s got to be 100 per cent behind [Mikel] Arteta as a manager and really give his all if he’s going to stay.

“But if he’s 50-50 about whether he wants to stay or go then he’s got to make a decision. The players have got more power in this era so the best thing from Arsenal’s point of view is if he doesn’t want to stay, you try and get the best money for him.

“You try and get as much money as you can, he’s 30-years-old now so he’s not getting any younger. Are his best days past him? At the moment he’s the one who could score you a goal though, he’s an instinct player, brilliant player for Arsenal he’s been.

“The goal record he’s got is unbelievable, but you can’t keep unhappy players. We’ve seen in the past some great players leaving clubs because they don’t want to stay there and it won’t be any different with Aubameyang and Arsenal.”

I Am Not Divorcing John Legend – Chrissy Teigen

Dealing With My Different Baby Mamas Is Exhausting – Ubi Franklin