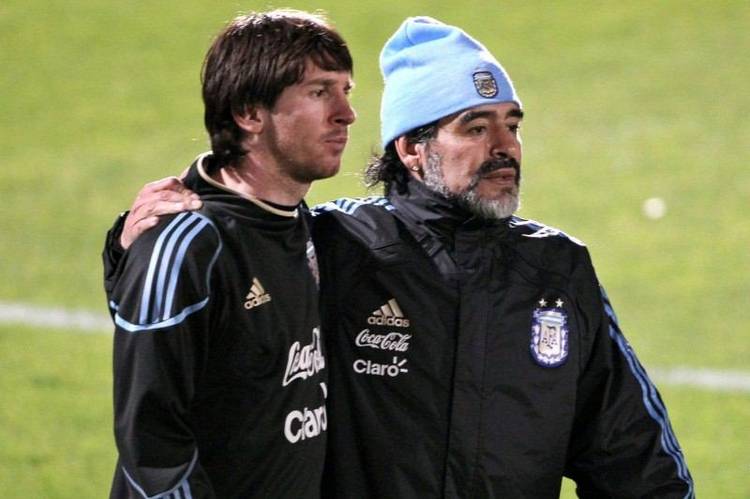 Diego Maradona’s son, Diego Sinagra has come out to urge Barcelona to retire the No 10 shirt which his late father wore at the club.

Diego recently revealed that he was pleased with how Messi honored his father at the weekend, but the club can do much more.

According to him, the recent days have been very emotional and he is currently getting through this difficult battle, alongside his family.

He added that he is extremely proud of what his late father left behind, and his everlasting legacy.

His words, “I was very moved,”

“These have been very emotional days. Leo’s gesture was special, very nice. It got to me a lot, it made me cry. Also that of Napoli, Gimnasia’s win, what happened in Boca Juniors, where Dalma was. Many were emotional.”

“In the teams where he played, I think so, including Barcelona. I have no doubt. But all that is secondary. I am focused only on getting through this difficult battle. I hope it happens quickly, or not. I don’t even know what I want to happen.”

On the painful death, “That is something that I do not accept. I cannot accept it,”

“He had many years to enjoy with his family. That’s something that I don’t know if I’ll ever accept. Losing him so young, life is like that.

“I am very proud of what my father left behind, for his legacy.”

IMF Executive Board Concludes 2014 Article IV Consultation with the Kingdom...

Text of Media Chat with the Minister of Information on the...

I Regret Not Paying Attention To My Instincts About TeeBillz –...