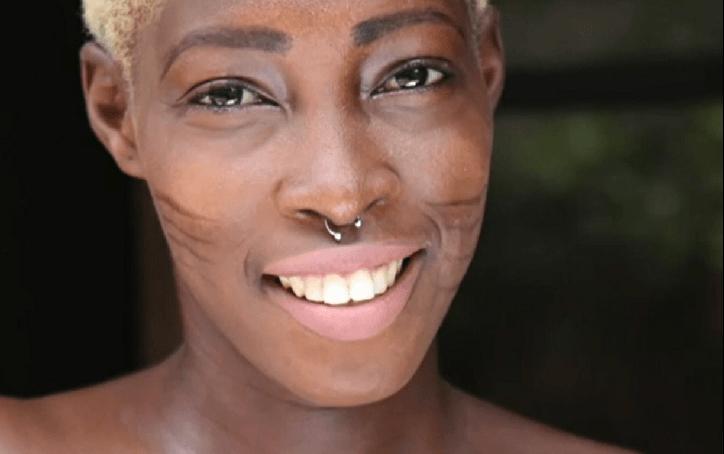 In a recent makeup clip on social media, Broda Shaggi is seen doing commentary as a lady with tribal marks applied makeup to cover her marks and spots.

He even used the words, “God will punish the people that invented makeup.” after the makeup completely transformed the woman’s face when she was done.

Reacting, Adetutu simply wrote that the comedian was not funny at all in the video because people with tribal marks do not deserve to be mocked in any way.

She added that the comedian must know that such women deserve nothing but respect and love from Nigerians because they had no hand in the decision taken on their faces.

Her words, “You think this is funny? I know you were a friend of my brother, makinde while in unilag but I’m mad at you for this kind of joke you think you made. People with tribal marks gets to be mocked almost every time whether they like it or not and for a makeup artist to conceal her tribal marks ; it’s because she wanted it or the agreement with the makeup. That girl deserves an apology and this video makes me mad because it’s not fucking funny.

People with tribal marks deserves to be respected and not to be mocked.
And even if she consented to the concealing of the tribal marks by her makeup artist, you making a joke about it mocks the makeup artist and the tribal marked lady. She might not speak for herself but I have said my mind, the video is simply a mockery video and it’s not funny.”

See also  AKA, Bonang Matheba Still Tight As Ever

The Referee Denied Us A Penalty – Klopp