Bruno Fernandes Has Brought Goals And Assists To Mufc – Bissaka 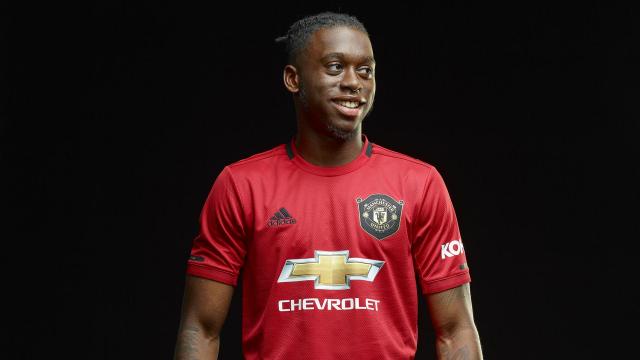 Bissaka believes the Red Devils’ defensive unit has been solid enough to raise the optimism of the fans and manager in recent games.

According to him, Maguire has stepped into the captain role nicely because he has what it takes to be the leader of the team.

He added that Bruno Fernandes has also brought goals and assists to Mufc and he is a very confident footballer.

His words, “The captain has one main job: be a leader for the team.

“Harry’s stepped in to do that role because that’s what he’s good at and he’s doing a great job.”

On his own game, “I’d say the partnerships between us have improved and we’ve been growing together. You can see it in the clean sheets.

“That’s always the main aim: to get the clean sheet, then the team can get the win.

“I think it’s down to better communication. Sometimes the formation changes, so we’ve been getting used to both five at the back and four at the back, and the communication has helped.

“I don’t have a preference [between the two defensive systems]. The five at the back allows me to get forward more at times during the game.”

On Bruno Fernandes, “He’s brought a lot. You can see that he’s brought goals, assists… you can see how everyone plays around him when he’s on the pitch.

“You can see that he lifts everyone. Him being on the ball makes sure that others make runs because they know he’s capable of giving them that ball.”

Rangers Are Yet To Knock BvB Out – Giovanni Van Bronckhorst