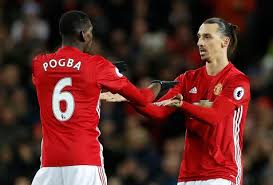 FA Cup holders Manchester United will travel to Premier League leaders Chelsea in the standout tie of the quarterfinal draw, a game that will see Jose Mourinho return to Stamford Bridge.

Mourinho, whose United side are currently competing for silverware on four fronts, lost 4-0 when he visited his former club in October.

Lincoln City, the first non-league side to reach the last eight in 103 years following their win against Burnley on Saturday, have been rewarded with a trip to either fellow National League side Sutton United or Premier League giants Arsenal.

And in the other tie Middlesbrough will host the winner of Huddersfield and Manchester City, the only game to go to a replay thus far.

I Hope My Youth Record Will Attract Talent – David Moyes