The Conference of Nigeria Political Parties (CNPP) has said that the constitution amendment should include laws that shall compel those defecting from one political party to another to resign from whatever position they hold. 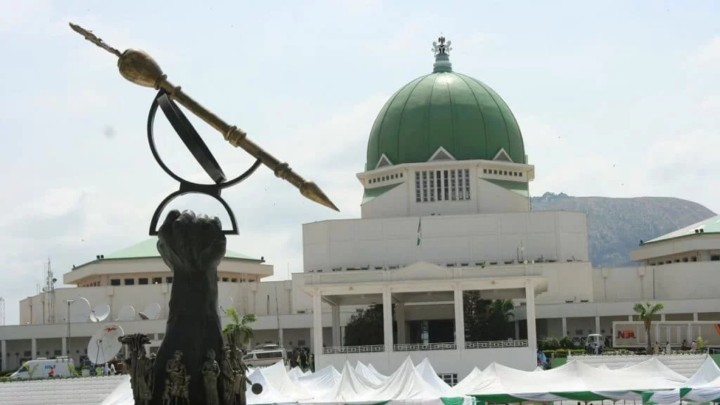 According to CNPP, if taken into consideration, this will deepen democracy, engender social justice and improve the confidence of the electorates in the democratic process.

CNPP’s statement was signed by its Secretary General, Chief Willy Ezugwu, noted that and made available to the media on Wednesday, wondering how the electorate will continue to have confidence in the electoral system and the country’s democracy when people they entrusted to represent them abandon them halfway into their tenure for personal gains.

“Where is the place of ideology in politics? Is politics about personal interest above the interest of the people we hold power in trust on their behalf?”, the CNPP further asked.

The group said that for the country to witness massive development, its electoral process must be safeguarded and confidence of the people guaranteed to reduce voter apathy during periodic and rescheduled elections.

“At the least, it is immortal for a person duly elected on the platform of a political party to defect to another without first resigning. It is akin to robbing Peter to pay Paul,” it added.

“Nigeria must at this time begin to make a conscious effort to promote politics of ideology for the lives of the masses to have a meaning.

“The national assembly should, therefore, use the opportunity provided by the current plan to further amend the 1999 constitution to outlaw the act of defection to any party while in office without first resigning as there is the urgent need to end the now irritating political prostitution in the country.

“We are all aware that the current trend of defections is about protecting one’s loots and scheming to take vintage positions ahead of the forthcoming generation elections for mundane gains.

“Today, all that is required is for a corrupt politician to change party to either evade prosecution, end ongoing prosecution or to slow it down for a soft landing verdict.

“The world is watching and the current trend will further worsen the country’s position on the global corruption perception index and we can get this remedied during the ongoing constitution amendment process”, the CNPP observed.

The latest political figure to decamp from one party to another was the governor of Cross River State, Prof. Ben Ayade.

Governor Ayade recently dumped the Peoples Democratic Party, PDP, where he was elected for the first and second term of his administration, for the All Progressives Congress, APC.

Ayade had said he dumped the PDP due to the realisation that Cross River, which has been emasculated economically following the ceding of its oil wells, needed to be in sync with the party at the center also citing the attributes of President Muhammadu Buhari.

Before Ayade’s defection, another PDP chieftain and Governor of Ebonyi State, Dave Umahi had also joined the APC and there are speculations that more opposition politicians will defect to the ruling party in coming days.