Barcelona midfielder, Philippe Coutinho would most likely be brilliant back at Liverpool, John Barnes has said. Barnes, however, revealed that the Brazilian might no longer be needed at Anfield. 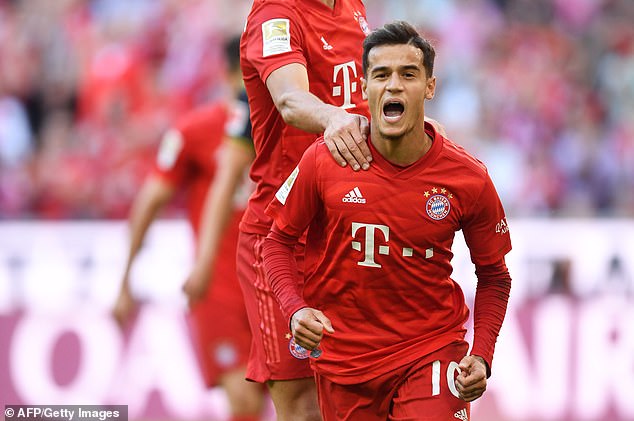 According to him, when Liverpool had a Coutinho-type of player, the club finished 20-odd points off the top, but his services are no longer needed as Liverpool have a front three with goals in them.

He added that with Coutinho around, the front three would be scoring as many goals and their impact will be limited.

His words, “Well, when we had a Coutinho-type of player we finished 20-odd points off the top.

“So, although a Coutinho-type player may chip in with goals, which would create a completely different style of play, as a result the front three would score less.

“Personally, I don’t think it works with a midfield player scoring goals when the front three want to continue scoring the same level of goals as they’re used to as it’ll uproot the balance.

“And, Liverpool have managed to create a great balance and harmony amongst the players so I wouldn’t recommend to change that any time soon.

“If Coutinho came back, he would most likely be brilliant, but I don’t think the front three would be scoring as many goals, nor would they have the same impact, which a team like Liverpool needs.

“At the moment, Man Utd can go on top of us if they get a point, but I think over the season, and of course we’re not even halfway yet, a lot can happen and I do think it’ll end up being Liverpool and Man City battling it out.

“Liverpool still terrify teams when they pour forward and they very much have got that winning mentality in mind.

“And if you go to the bookies, they’re not going to tell you that Man Utd are favourites. They’re going to say Liverpool and City are still the two favourites and, in my opinion, they very much are.”

2face’s BabyMama Thanks God For Life

Dakore Akande – “We Live In A Highly Sexualized World”