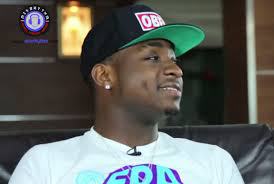 Davido has paid a courtesy visit to the Governor of Rivers State, Nyesom Wike.

The pop star, who is currently in Rivers State to shoot a music video with Duncan Mighty, met with the state governor shortly after the shoot.

During his visit to the governor at the Government House in Port Harcourt, the state’s capital, Davido announced his decision to invest in the state’s entertainment sector.

Davido said he has identified young musicians that will be promoted on his wings in the state.

The singer also stated that he will be organising a major music concert in Port Harcourt come December 2018.

Davido and Duncan Mighty have concluded works on a yet to be released single and on Thursday, August 16, the pop star arrived in Port Harcourt, Rivers State, where they are putting together the visuals for the song.

US Election: What Happens If Nobody Wins The Nomination Before The Convention?