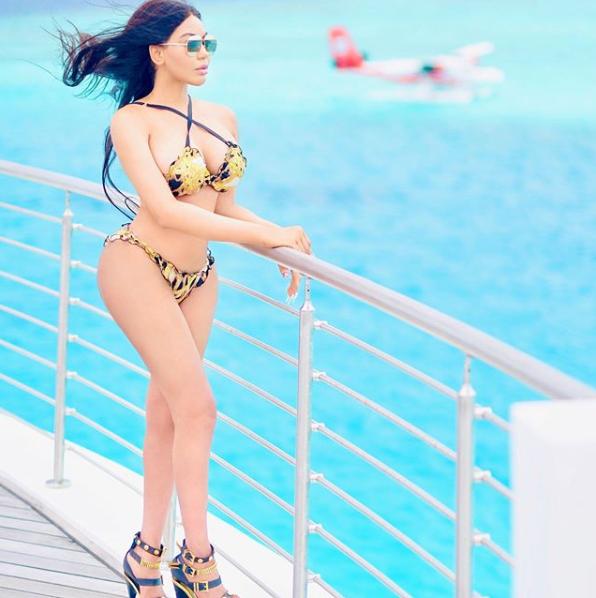 This time, she flaunted photos of herself posing in a Versace bikini and Christian Dior sandals. 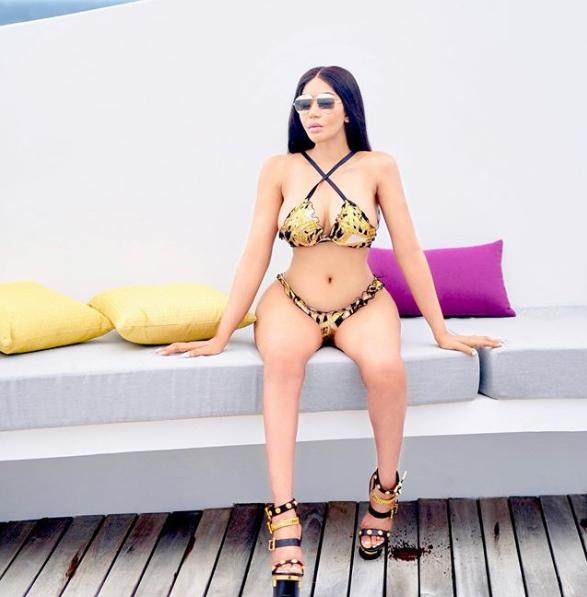 Reprudencia Sonkey, known by her stage name Dencia, is a singer, an entrepreneur, fashion designer, and philanthropist. She was born in 26 March 1992 in Cameroon. She started in the industry being featured in music videos of artists, like Chris Brown, 50 Cent, Lady Gaga, and Ludacris. Dencia released her first single “Beri Beri” in 2011.

In the U.S., Dencia studied at Santa Monica College, Pierce College, USC and the Fashion Institute of Design Merchandising & Harvard university. As a designer, she has created looks for artists like Nicki Minaj, Rihanna, Christina Milian, and Lil’ Mama, and is known for her own fashion statements and appearances on red carpets at the Billboard Music Awards, the Grammys, and the American Music Awards.