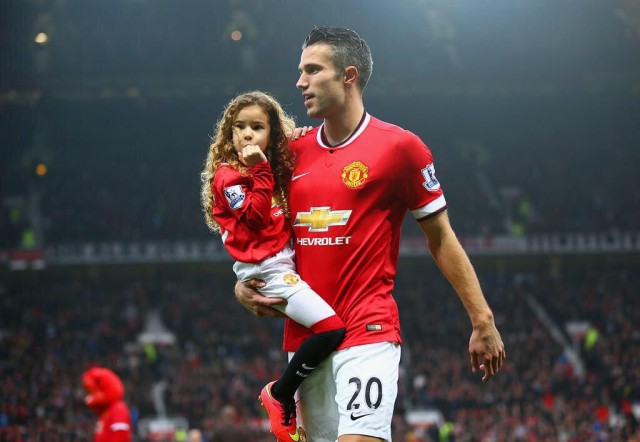 David Moyes is not at fault for the struggles Manchester United have endured since Sir Alex Ferguson retired, Robin van Persie has said.

RVP recently revealed that the players actually dropped collective standards at Old Trafford once the legendary manager stepped down.

According to him, it was so sad because a season before, the players were thinking about winning the Champions League as soon a possible and doing great things for seasons to come.

He added that it was a brand new era at the club with Scholes also retiring and Giggs taking up a player/coach role, so the dip in form was expected.

His words, “We did struggle because we ended up being seventh,”

“From such a high, we were thinking about winning the Champions League and moving on.

“It was a new period as well with Scholesey coming to the end, Giggsy taking a player/coach role. It was all new.

“Moyes was not to blame – anyone who came in after Ferguson, good luck to you. It was not only him to blame, it was us as well. The standards were so high but they dropped.”

On Fergie, “That was a bit of a shock. Just before I signed, I literally had the pen in my hand and I said ‘One more thing Sir Alex, how much longer are you planning to stay?’ and he said ‘At least three more years’.

READ  Is Alvaro Morata Back To His Best?

“To be fair the reason why he stopped was family reasons and family comes first.

“He was one of the big reasons I signed so it was a blow but then that is football. players come and go, managers too. He played 26 years and built the club up but that’s life.”

I Offered Myself To Contest For APC – Adams Oshiomhole

A Unique Party and Event Social Networking, Promotional and Navigational Tool for iOS